Double the excitement at the Baking Industry Awards 2021 for Crust & Crumb! 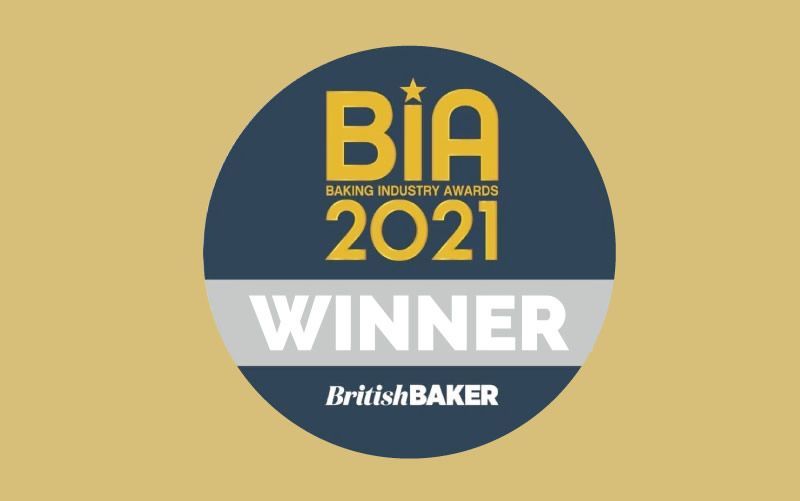 This year Crust and Crumb Bakery have won not only one, but two awards at the Baking Industry Awards (BIA).

Thanks go to British Baker who bring the Baking Industry Awards to us. The awards have been running for over three decades and celebrate the best the industry has to offer.

“One of the best kept secrets in bakery,” was how the judges described Crust & Crumb after they took a peek under the bonnet to see what drives this bakery company to deliver such extraordinary customer service, partnership development, cutting edge NPD and continuous export growth. “They work with impressive retail brands across Europe and wider afield with insight and skill,” said the judges. “They truly understand their area of bakery.”

With a dedicated gluten-free bakery and free-from production line, Crust & Crumb is Northern Ireland’s largest manufacturer of ambient, chilled, and frozen commercial and gluten-free dough-based products. For further proof of success, the business said its exports grew by 25% last year.

Crust & Crumb’s export focus is derived from an ideology of “building strong customer relationships, which leads to referrals and continuous networking growth”, it said. This is led by its small but mighty sales team consisting of head of sales Mark McCaffrey, group commercial manager Clive Gilpin and key account manager Shirley Hawks.

When the pandemic struck, the company adopted a new production ethos: “If we can’t go to our customers, we must show them why they should come to us.” The growth in total export revenues and the number of customers that resulted from this strategy really impressed the judges.

Northern Ireland’s Crust & Crumb, which specialises in own-label pizza bases, topped pizza, flatbreads and tortillas, stood out to the judges for the range and quality of its output, which includes gluten-free products.

The panel was also impressed with the company’s business strategy and goal of achieving growth in a sustainable way, with staff encouraged to progress within the business by taking on new roles.

Crust & Crumb has invested more than £12m over the last year to develop production, grow in capabilities and develop and train staff. The main focus of the investment was to increase factory size and capacity. According to the company, the additional space allows more control over the fermentation period of doughs, resulting in more desirable qualities of the finished product.

The manufacturer’s strategic partnership with a number of large retailers – including Asda, Lidl and Tesco – impressed the judges, as did its NPD, such as oval pizzas and sourdough-based products.

“We set our sights on consumer-driven innovation rather than trend-reactive innovation, which is best highlighted in our vegan products,” the company said.